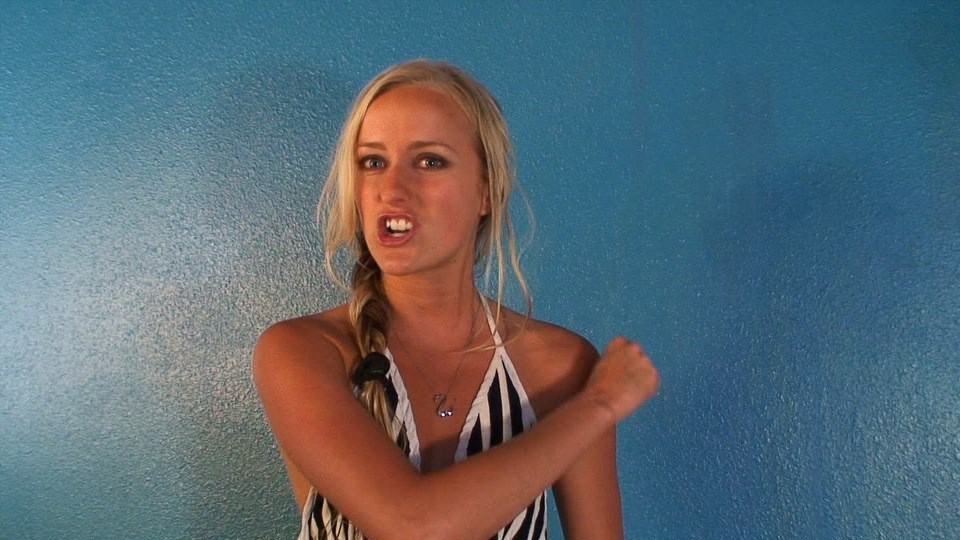 When Sunni’s friend didn’t show up to play a game, she stepped up to take everything on the table – 16 cream pies and two buckets of cake batter.

We had Sunni and one of her friends scheduled to do a live version of The Vote but unfortunately Sunni’s friend bailed on her. So, rather than let us down and waste 16 thick cream pies and two buckets of slime, Sunni volunteered to take the lot in one go. 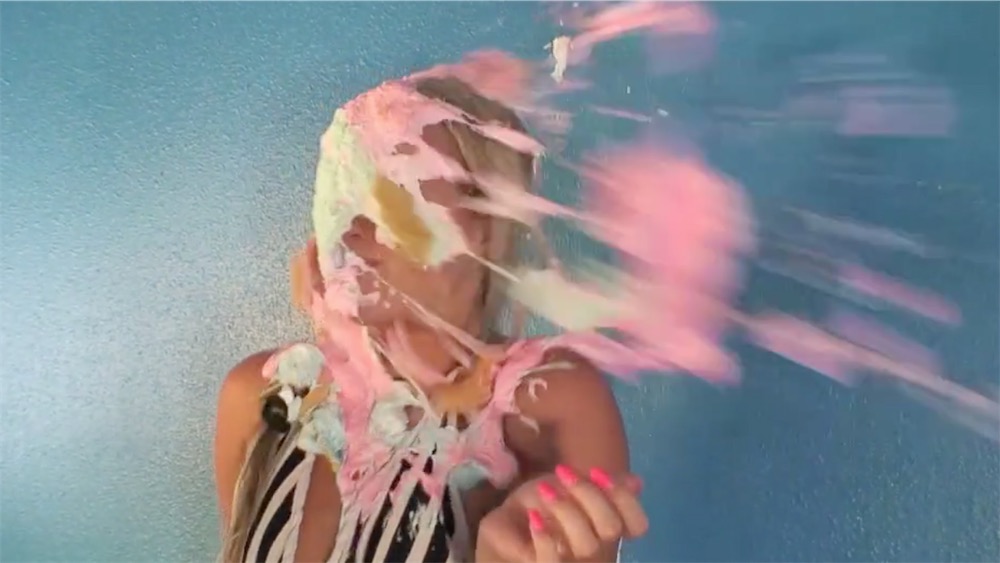 It was hot summer’s day in Southern California, so Sunni just elected to go for it wearing the summer dress she showed up in. She bravely stepped up to take all of the pies straight in her face. 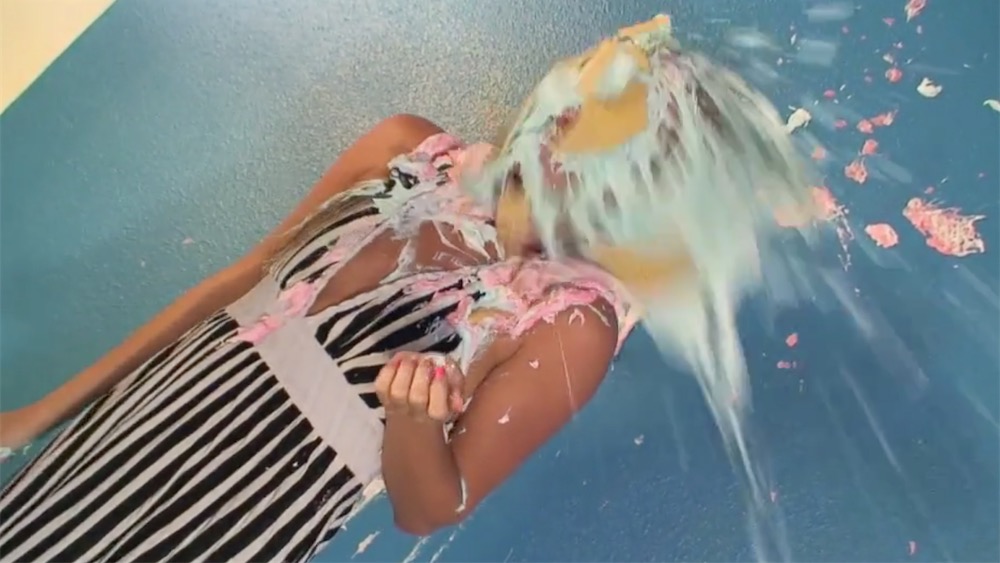 This pies are relentless, Sunni is an absolute trooper! But she still had the slime to go. Two buckets of thick, sweet cake batter to go over her head. One was green, and one white. 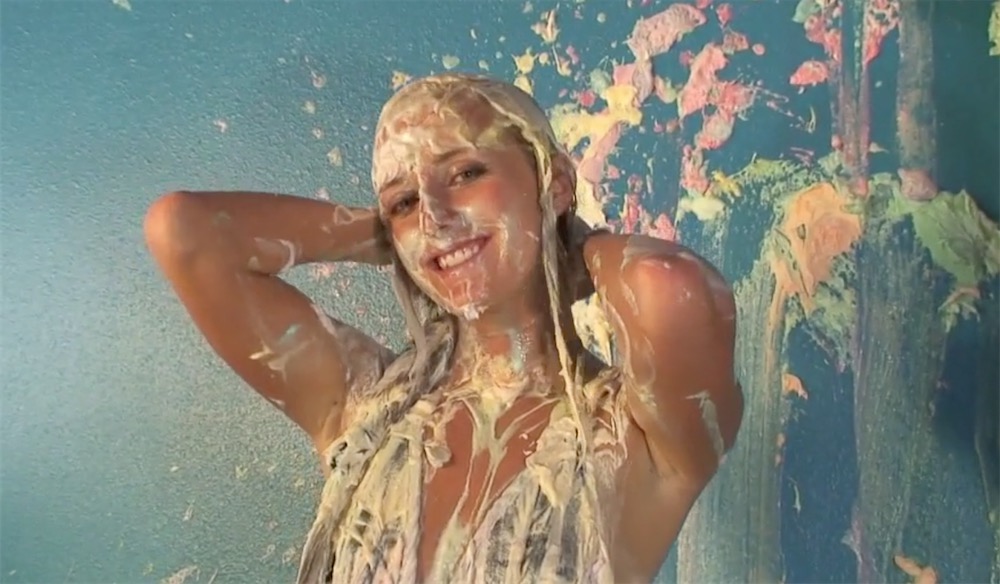 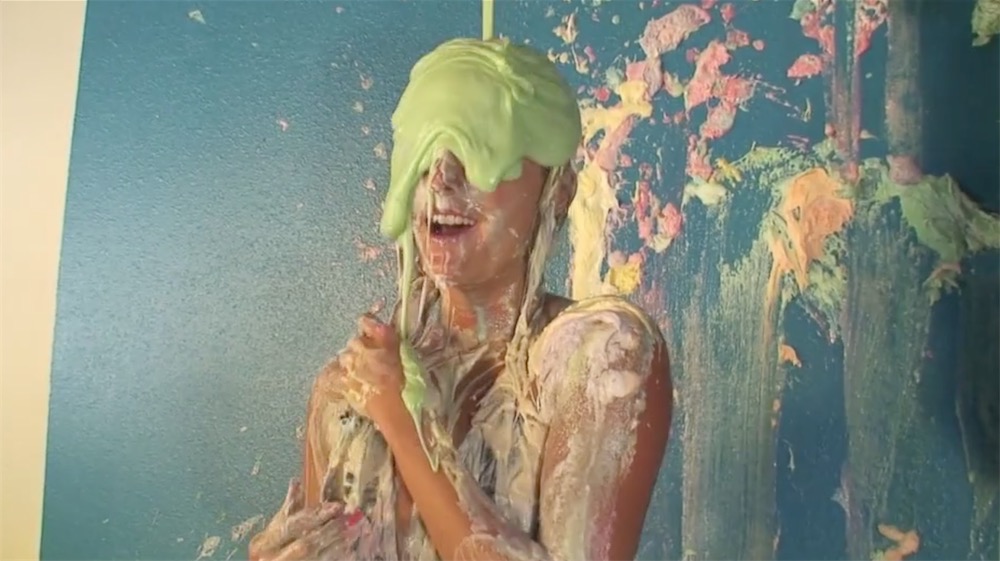 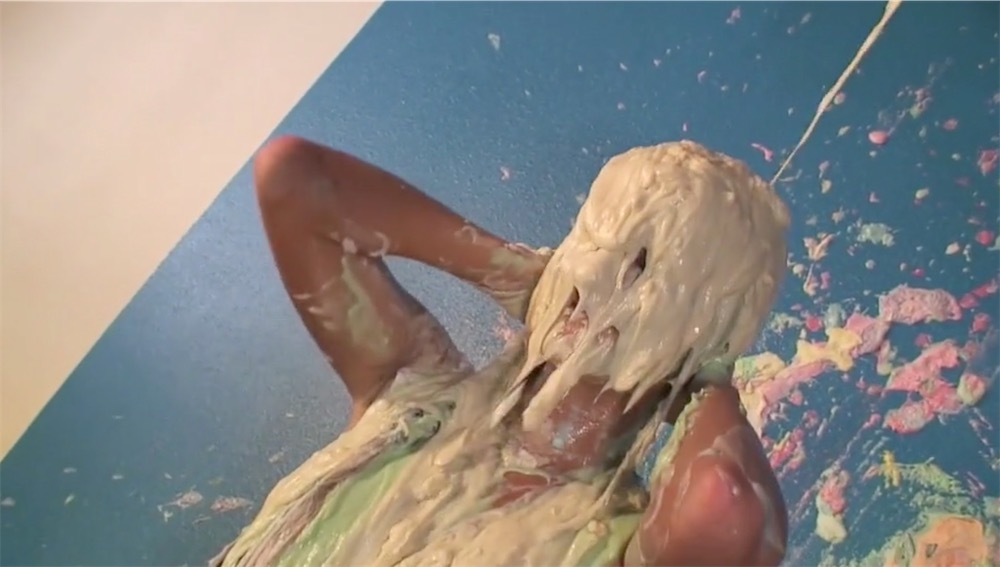