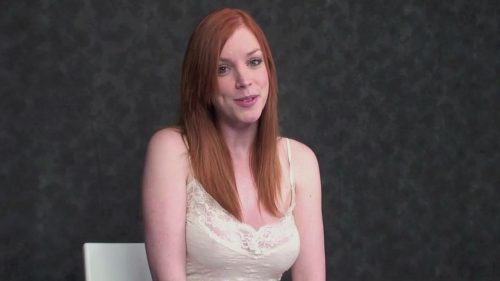 Our favorite red head, Fi Stevens, demonstrates the correct and proper way to have a bucket of slime being poured over your head. You know… just in case.

Fi Stevens is one of our favorite slimed girls, and we can’t even start to work out how much slime we’ve poured over her. That makes her the perfect person to talk us through and demonstrate how to take a bucket of slime. 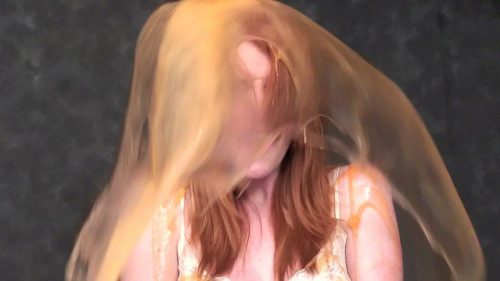 In this case, one of our fine buckets of orange slime.  Fi came dressed to impress in a short skirt and a top that shows off her cleavage. Normally we would have gone for a green slime for a red head for the contrast. But orange slime followed by yellow slime was the order of the day.

Next we hope to bring you a video explaining how to make a bucket of slime. We probably should have done that first. But we got a little excited and when you have Fi Stevens in the studio, how do you not slime her?

Wether you’re playing a game, lost a bet or doing it for charity, you know it’s coming so you can retain some dignity by meeting it head on. Trying to dodge, covering your face, wearing something to cover your clothes. That’s just not cool.

Now here’s a tip for all you ladies out there. If you’ve got time, make sure you’re wearing a low cut top. That way, when the slime drips off of your head it’s got somewhere to go.

So. Shoulders up. Straight back. Be confident and tell them to bring on the slime!